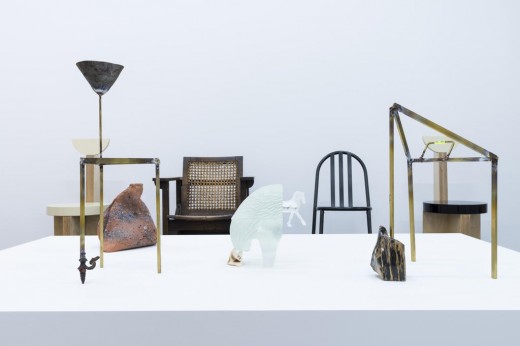 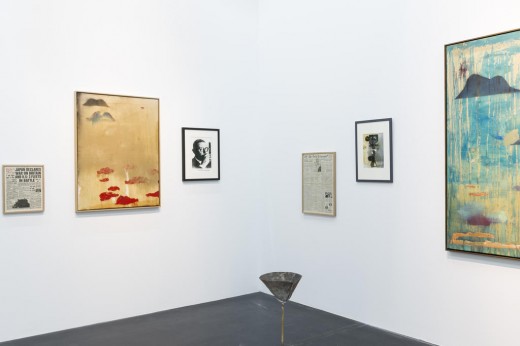 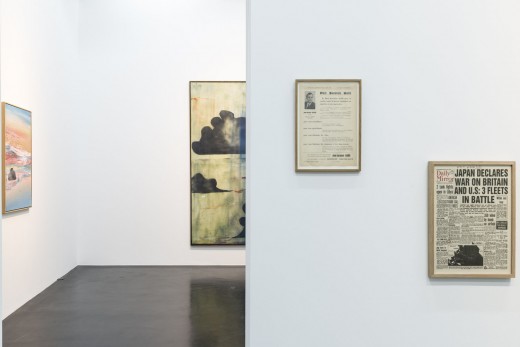 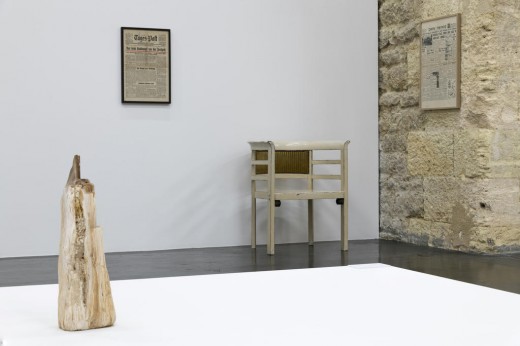 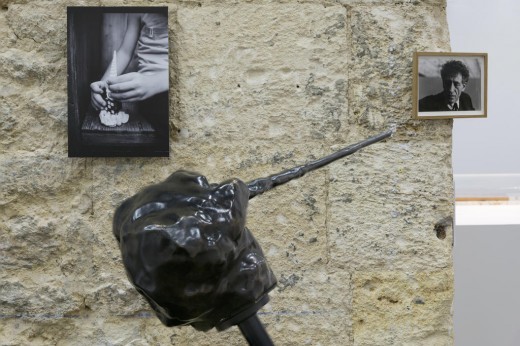 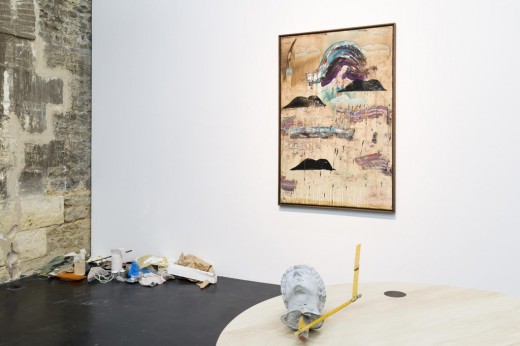 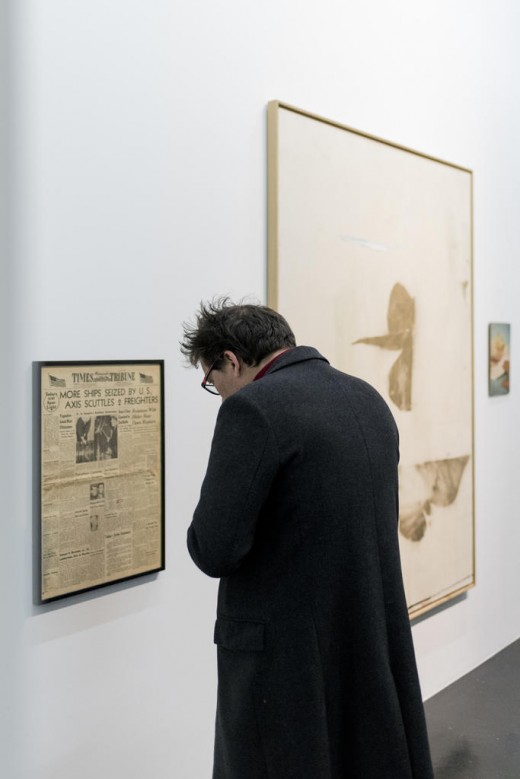 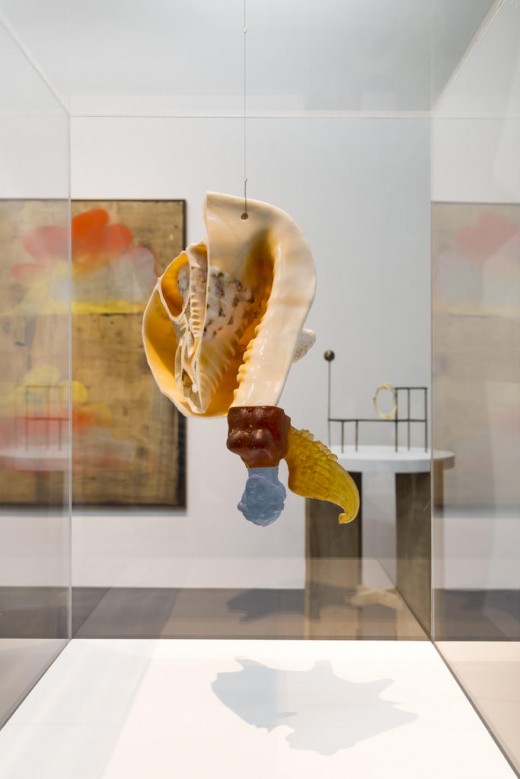 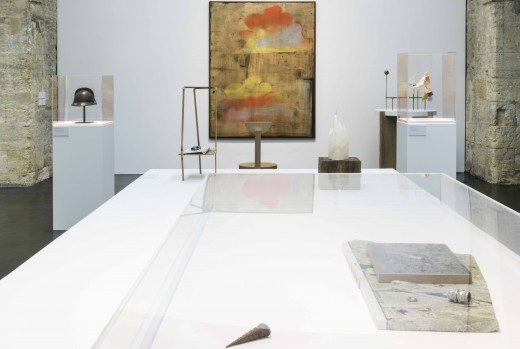 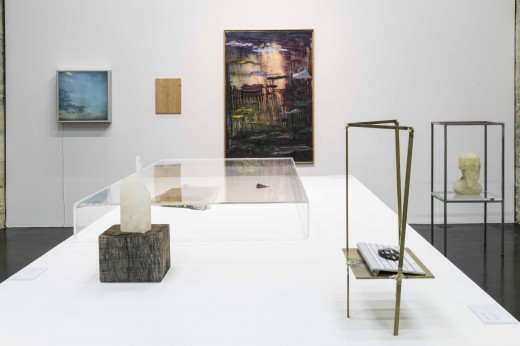 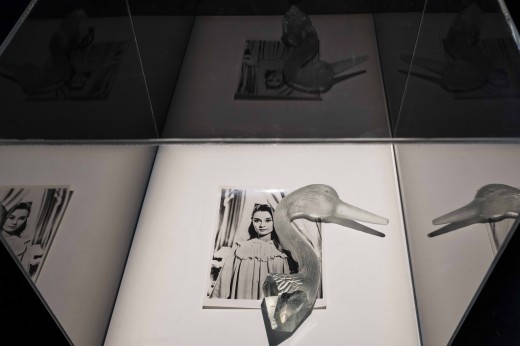 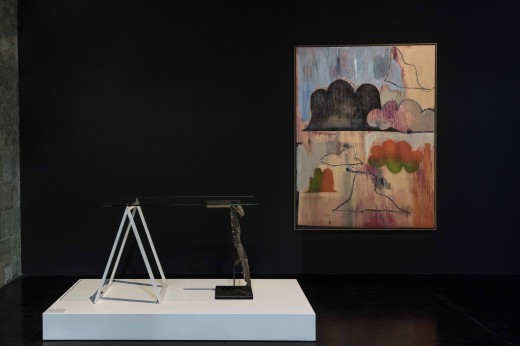 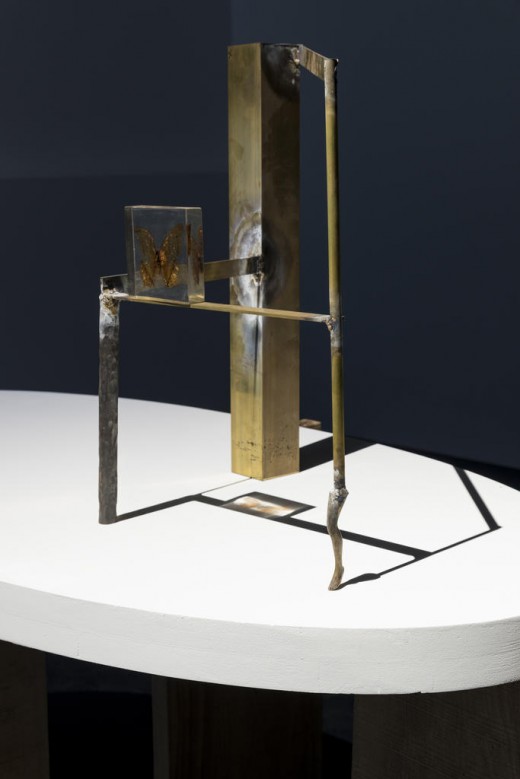 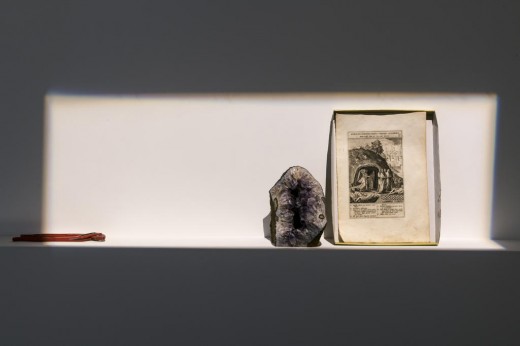 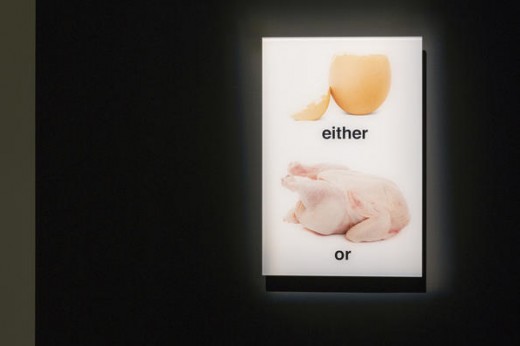 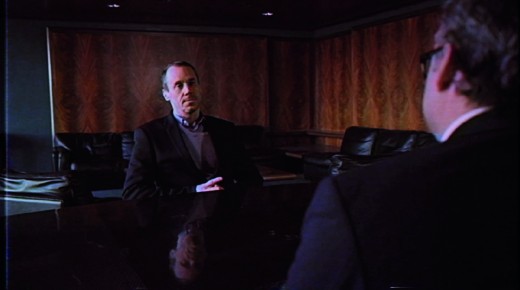 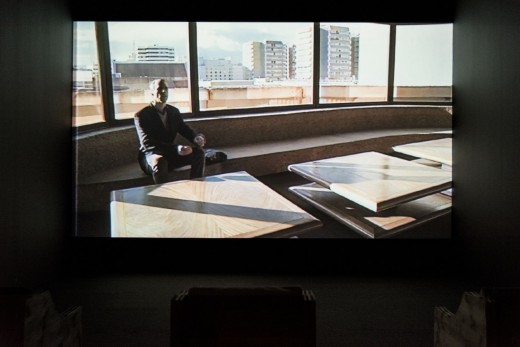 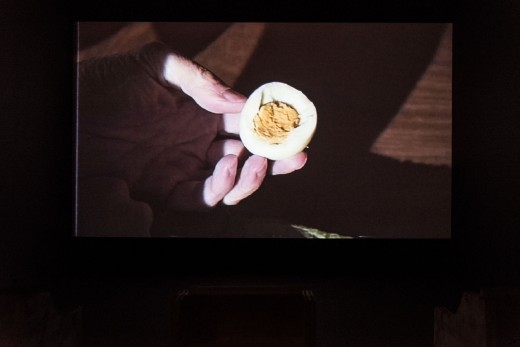 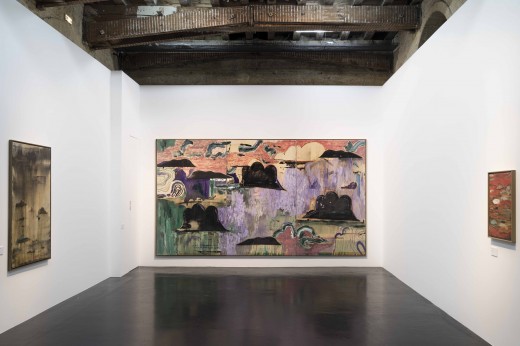 Gathering around 90 artworks, this solo exhibition, entitled Thebes, represents a new chapter in the development of Benoît Maire's work. At the crossroads of art and philosophy, it brings into play the themes developed by the artist since 2008, but in a new light, via 'l'esthétique des différends' [the aesthetic of disagreements]. This process of creation freely inspired by the seminal work of French poststructuralist philosopher Jean-François Lyotard (Le Différend, 1983), explores through the shorthand of collage, the disconnection and irresolution brought about by the encounter between objects and concepts, matter and thought. Through the playful exploration of differences, the exhibition brings together sculptures, paintings, furniture and daily objects. Thebes is designed as an assemblage of three series, consisting of new artworks (Clouds Paintings, War Newspapers, and Castles), and some older creations and documents re-worked by the artist. Added to the series themselves are borrowed objects, such as furniture (designed by Robert Mallet-Stevens or Pierre Dariel), icons, fossils, or a photograph by the artist Julien Careynn; all these extraneous elements bear witness to the Maire's interest in "emulsion", in other words mixing his work with that of other artists or designers in order to question the status of the object and, by extension, the artist. Based on these multiple articulations and through its focus or return to the past, the exhibition raises questions about the dangers that weigh heavily upon our contemporary society, engaged in a perpetual process ofself-questioning and analysis.

The title of the exhibition is a reference to the Greek city of Thebes in Boeotia. According to myth, at one time the town's inhabitants were at the mercy of the sphinx who guarded the entrance to the town, and asked a riddle of travellers to allow them passage. The riddle, we may recall, was the following: What walks on four legs in the morning, two in the afternoon, and three in the evening? The answer, of course, was human animal, formalizing a political moment, a moment of the polis, of living together in a shared, constructed space, for a certain period of time. I find this idea of the sphinx who asks an enigmatic question stimulating in terms of our ways of thinking about our relationships to objects, to perceivable subjects, and on a broader level, the way of expressing or formulating an exhibition. Thebes, the exhibition, is constructed around a place, the sky, represented by paintings of clouds; a time (a hypothetical present that is faced with a grave threat), conveyed by newspaper articles from the period 1939-45, and sphinx-like objects, that is to say, objects endowed with a certain enigmatic quality in terms of the meaning inscribed in the matter by their form. At this moment in time, I think that art is a vector of meaning, as it has always been, but what defines art is that it transmits a meaning without signs. Either the meaning goes beyond the sign, or indeed, the meaning is unsignifiable. I have been exploring this idea with the philosopher Anne-Françoise Schmid, who was one of the two protagonists of my 2015 film, Letre. I also believe that a certain number of objects resemble sphinxes in that they raise questions about the origin of their existence, and they are, like Thebes, confronted by the threat of ignorance. The formalism of Thebes may be understood as a terror exercised by a question without a response in a place where knowledge should be forthcoming. 'What is Humanity?' is the question without an answer asked of Thebes, a question of which an exploration in the form of a response is primordial in order to construct a sense of community, a polis, a city. This line of questioning is pertinent and timely because we are living in a historically dangerous time. The newspapers from 1939-45 featured in the exhibition serve as landmarks or reference points to help the public find stable concepts and to compare how language was used now and eighty years ago. They allow us to understand some invariants and to compare some differences. Is the West in a similar position to 1930s' Europe? Beyond the possible but reductive parallels, there is also a sort of conceptual impressionism that is conveyed as the legend of Thebes sheds light on what I attempt to show and understand in this exhibition. 'The meaning is ruined when it is signified' may be said to be the leitmotif of Thebes. But this condition of meaning or signification that undermines art's meaning, independent of signs, is however, our only anthropological resolution. We need to find a way of reconciling our differences, because what kind of other animal with a central nervous system would we be if we were truly united with the meaninglessness of meaning?