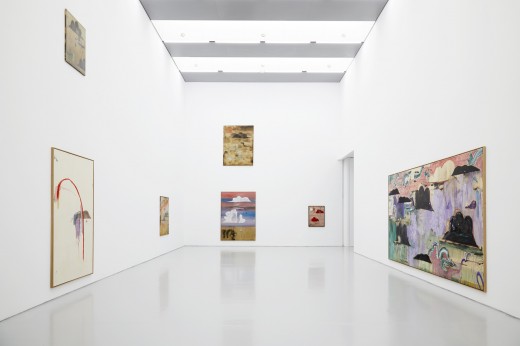 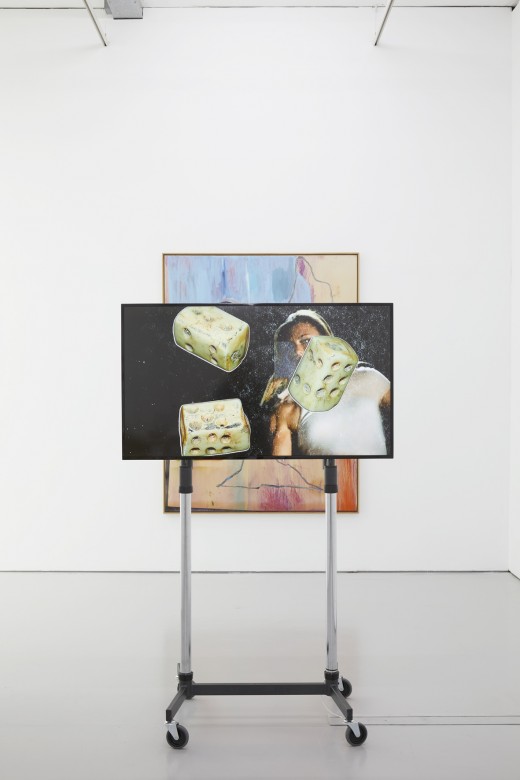 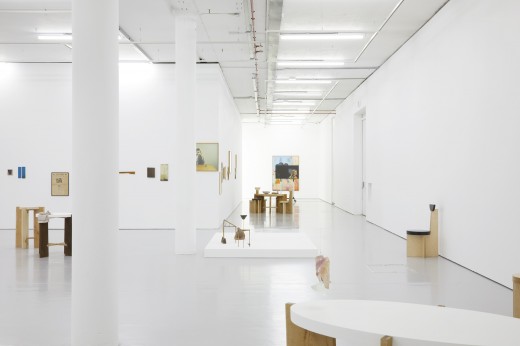 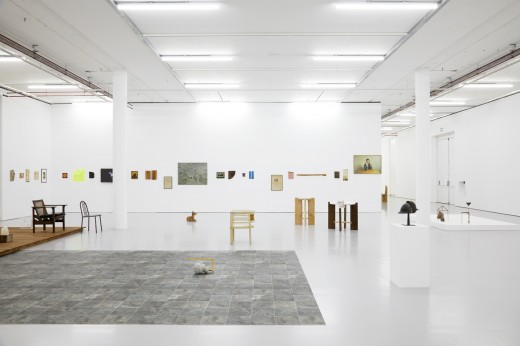 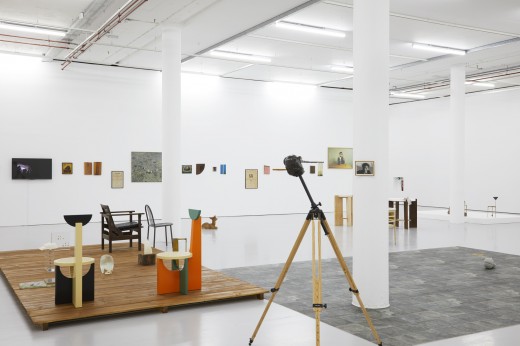 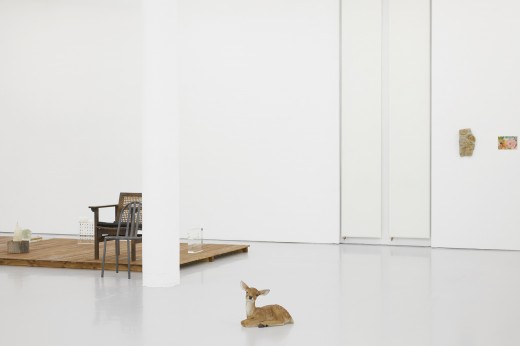 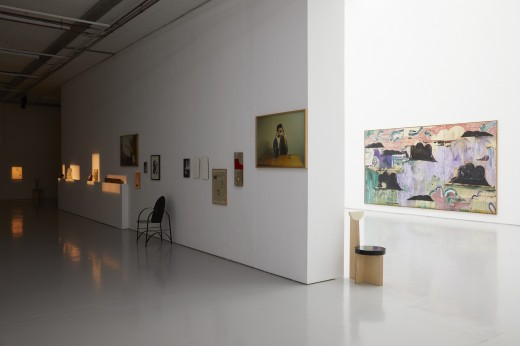 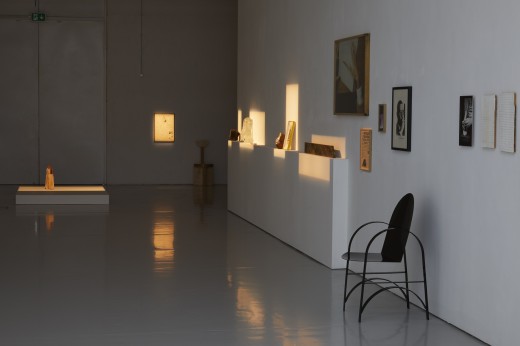 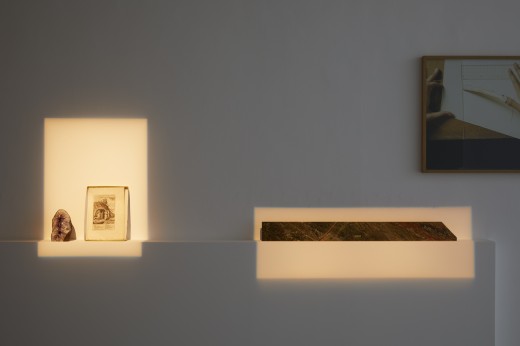 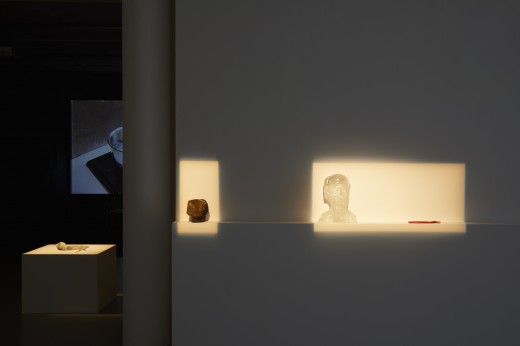 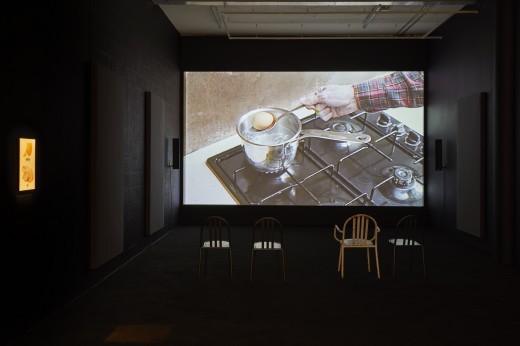 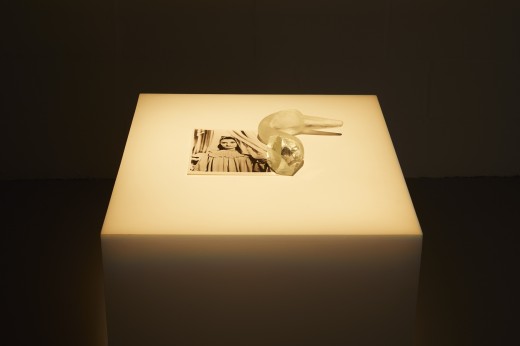 Artist Benoît Maire might be described as a 'visual philosopher', taking inspiration from a range of disciplines including geometry, sociology, art history and mythology. His major solo exhibition at Spike Island-featuring more than one hundred works, ranging from paintings and sculptures to furniture, everyday objects and films-gives form to his thought process.

The exhibition is named after Thebes, a city in Boeotia, central Greece. According to myth, its inhabitants were once at the mercy of the Sphinx who guarded its entrance. The Sphinx posed a riddle to travellers wishing to gain passage and those who could not answer suffered a deadly fate. Maire's exhibition holds parallels with this ill-fated riddle, as the enigmatic quality of the objects- whether manufactured by the artist himself or by others-see their uncertain origin matched by their disconcerting juxtaposition. For Maire, a number of the objects themselves resemble sphinxes. Unresolved questions exist in cryptic forms, which visitors are left to discover as they walk around the gallery.

A recurring theme in this exhibition is the question of the origin of humankind and the objects we produce. Thebes is designed as an assemblage of collaged elements and objects that the artist imbues with cultural, philosophical, historical

and literary references. The word origin (2018), one of three films in this exhibition, shows a man who seems to be working for an architect's client, tasked with resolving a budgeting issue for an unnamed architectural project. But the man's day has an intriguing recurrent motif: the egg. Hard- boiled, soft-boiled or in its most accomplished version: grilled chicken, it illustrates the paradox of the chicken and the egg-an infinite sequence with no true beginning. Long studied by Aristotle, this dilemma has been the subject of a host of philosophical, semantic and even genetic investigations. The beginning of Maire's film offers a counterpoint to this famous conundrum in the form of a radio interview with the famous American political scientist Francis Fukuyama, whose seminal work is entitled The End of History and the Last Man (1992).

The question of distance-the space between things, whether in conflict or harmony, and how we as humans relate to objects-is fundamental to Maire's work. In Thebes, his more recent works Clouds Paintings (2015–18), War Newspapers (2016–17) and Castles (2018) are presented amongst older creations and documents re- worked by the artist. Borrowed objects, such as paintings by Lito S. Freeman and furniture designed by Robert Mallet-Stevens are installed alongside religious icons, fossils, casts, shells and rocks. Arranged in a linear formation and hung at specific heights, our eyes travel across these works as if stringing together a sentence. In the exhibition space, Maire sees the potential for meaning to exist without language; where the image can take the place of the word.

One of the works featured in the exhibition is  War Newspapers (2016–17); a series based on an observation of the world in the throes of conflict. For this work, Maire acquired a selection of daily newspapers printed during the Second World
War, isolated a particular word on each front page (that he refers to as the “concept"), then stamped, dated and framed them. Hung to suit the reading height of children, these works quietly draw our attention to a continuity between the historic reality of the war and our own anxiety- ridden contemporary society. Maire's exhibition ultimately raises questions about the dangers that weigh heavily upon our present.

The main gallery is filled with Maire's Clouds Paintings (a series he began in 2012), which draw a parallel between painting and the ever changing forms of clouds, passing through figuration and abstraction and allowing for leaps of the imagination. These paintings attempt to narrow the gap between seeing and saying by being ungraspable. Depending on how far you stand from the canvas, or how much time you spend looking, or how quickly your gaze moves across the surface, the same blue mark can be an accidental spill, a bubble of air, or a lake.

The exhibition ends with a large installation of sculptures, objects, and fragments placed on various platforms and plinths to create a three- dimensional collage where industrially produced or found objects are combined with Maire's own artistic production. Since 2015, Maire has worked in partnership with Ker-Xavier, a collective of artists and architects to make exhibition furniture such as tables and chairs for many purposes. This furniture is used here as a base for sculpture. By mixing his own works with those of other artists and designers, Maire questions the status of the object, and how we categorise form in art, culture and nature.