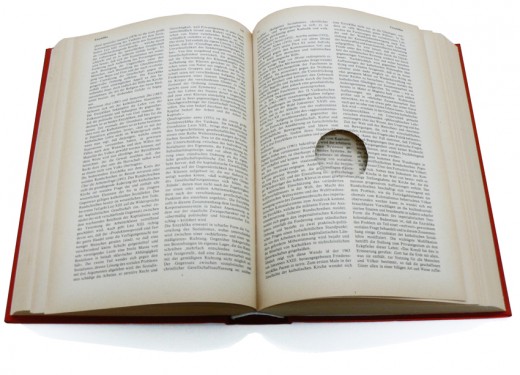 The series Holes in Philosophy is derived from cutting out and gluing down philosophical definitions. Holes in Philosophy # 0, a collage of several pages of concentric holes in the definition of chance, is the prelude to this exercise. Used twice at performances entitled Conversation avec le hasard (in 2007 and 2008), this piece posits the hypothesis of a hole in chance and features something unintended in its conceptualization. The rearranged definitions from encyclopedias in this series are chosen because of their possible philosophical connivance (subject / supposition, epoché / epicurism) and their relation to the visual arts gesture carried out.